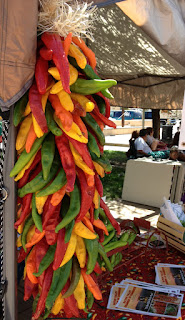 Las Cruces means “the crosses” and though no one can tell you exactly why it’s called that, this southern New Mexico city is home to the While Sands National Monument, and Missile Park, the Chile Pepper Institute, the rugged Organ Mountains, classic New Mexican food, and local chile-spiked booze.

White Sands National Monument & White Sands Missile Park
Imagine 275 square miles of soft white sand undulating dunes, punctuated by scraggy brush, cottonwood trees, and piercing cloud-laden skies. For a mere $3 pass (which will last you six days) you can visit the albino-looking White Sands National Monument, one of our national parks, just east of Las Cruces. The gypsum dunes here are the largest ones in the world and are at once static and thriving, blissfully quiet and carrying the echoes of sounds on the wind. 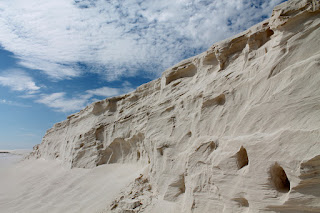 This is a sparse, moon-like, ever evolving landscape. The winds in this desert region blow the sands southwest to northeast, up to a rate of 30 feet each year, which means the dunes are in a constant state of evolution. There are morning and twilight ranger-led walks, full moon walks, and you can even go sledding on the desert dunes. There are indigenous animals and plants here, and it’s not uncommon for drones and other aircraft to fly over your head. Why?

Because down the road is the White Sands Missile Range Museum and Missile Park. You’ll need your drivers’ license to get on this active military base since they conduct 300 tests annually, but the museum and park are absolutely free. White Sands is a total of 2.2 million acres (the National Monument sits inside White Sands). These are missile testing grounds therefore everything above these 2.2 million acres, from an inch off the ground all the way to infinity and beyond is restricted to commercial air traffic and highly controlled. The only other place in the U.S. which has this distinction is the air space over the White House. Missile Park includes an indoor museum chronicling military tests and the technology created to make missiles and rockets, and it also chronicles this area’s first inhabitants, the American Indians. 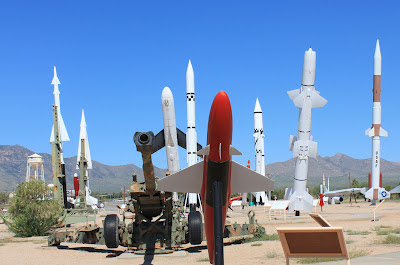 At the outdoor Missile Park you’ll see rockets like the German V2, Patriot missiles, Sidewinders, a Pershing, and even a Howitzer, and you can stand right next to them, in awe of these amazing machines. White Sands also has on its base (only open to the public twice a year), Trinity, the site where the atomic bomb was first tested. You may think a missile range isn’t worth visiting because it reflects war. But that’s exactly why you should visit. War is horrible but sometimes necessary and if nothing else, the take away here is the reminder of our men and women who defend our country so that we can have the freedom to visit White Sands in the first place. I strongly recommend it.

Feel the Heat: Chile Pepper Central
It’s hot in Las Cruces, but even hotter at the
Chile Pepper Institute (part of New Mexico University) the only one of its kind of program in the world devoted to chilies and they have a breeding program…no really. There are 218 varieties of peppers grown here (including sweet bell, habanero, Hatch and others) in their demonstration garden including 35 peppers that have been grown in New Mexico for over a century. Contrary to misconceptions, you cannot tell how hot a pepper is from the exterior. The capsicum is located on the inside of the pods and trust me, you don’t want the oil on your hands, or anywhere else on your body for that matter. 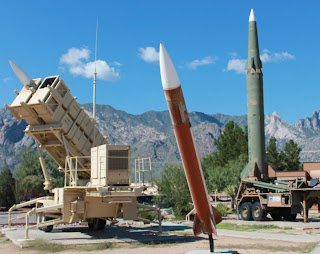 The CPI grows the Trinidad Moruga Scorpion, an unassuming little red pepper the size of a ping pong ball, which is currently the hottest chile in the world blowing out the Ghost Pepper with a stunning 2 million Scoville units (the measurement used to determine heat). Guided tours last an hour and are $15, or you can wander about on your own for free. Seeds in the gift shop sell for $3 per package and there are cookbooks, clothing, posters; all things chile. Chiles are big in Las Cruces restaurants too, from Hatch green chiles stuffed with cheddar cheese, then breaded with crushed pecans at sports bars like The Game, to green chile beer and green Chile Chicken Lasagna both at De La Vega’s, to the Double Eagle restaurants’ filet mignon wrapped with bacon and, yep, green chile. The Double Eagle, a Victorian era restaurant with its own ghosts stories (and chairs but you have to ask about that when you visit), is located in nearby Mesilla and they were one of the first to offer green chile-infused vodka. It’s potent (I had it straight) but worth trying. As a side note, a few doors down from the Double Eagle is where Billy the Kid was held in jail.

Peppers are also ubiquitous at the Annual Salsa Festival, held each August. When I first heard about this festival I thought I might skip it. I’m glad I didn’t. You can sample and vote on 20 different salsas, everything from Gazpacho cucumber and mint; to mango and pineapple salsa; to spicy habanero; and chunky avocado, tomato, bean, and corn iterations. For a measly $5 you’ll get a bowl of chips to dip and more salsa than you’ve ever had at one sitting. There are craft vendors, food, live music, and the best dressed Chihuahua contest (sorry I missed that part; Chihuahuas are funny looking without clothes). So stay sunny and consider a visit to Las Cruces for a surprising take on regional foods, and a peak into history. Check out Las Cruces Here!
Please watch this short video I shot at the White Sands Missile Park: WHITE SANDS MISSILE PARK VIDEO

Posted by Michael Cervin at 1:57 PM No comments: 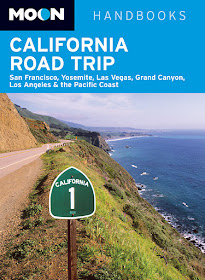 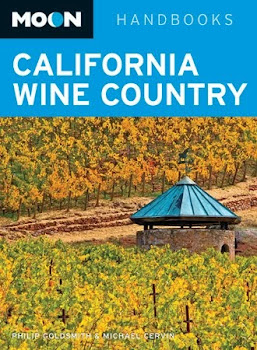 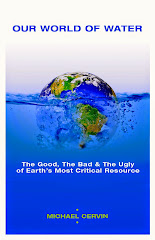